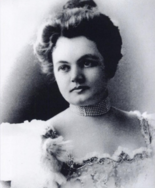 Prior to the arrival of Spanish colonists, the area of the Santa Clara Valley had been inhabited by the Ohlone people for more than 6,000 years. In the area of what is now Morgan Hill, the Matalan tribe lived in a hunter-gatherer society.[19]

Before the area was colonized as part of the Alta California province of the Viceroyalty of New Spain, the 1772 Spanish expedition, led by Pedro Fages and Father Juan Crespí, camped in what is now Morgan Hill, alongside Llagas Creek. The location of their camp subsequently became a popular campsite for Spanish soldiers on their way from New Spain to Alta California. With the founding of Mission Santa Clara de Asís, in 1777, the lands of present-day Morgan Hill were granted to the Roman Catholic Church.[19]

In 1850, Martin Murphy Sr.'s youngest son, Daniel Murphy, married Maria Fisher, heiress of the neighboring 19,000-acre (7,700 ha) Rancho Laguna Seca, thus combining the two estates. In 1853, Martin Murphy, Sr.'s father, Bernard Murphy, died leaving the majority of the estate to Martin Murphy, Sr., but a substantial portion to a Martin Murphy, Sr.'s mother, Catherine, who then married James Dunne. By 1870, the Murphy family had acquired around 70,000 acres (28,000 ha) of the Morgan Hill area.[19] In the history of Morgan Hill, the Murphy, Dunne, and Hill families are of the most prominent significance. 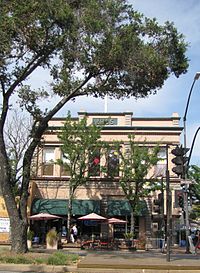 In 1882, Daniel and Maria Murphy's daughter, Diana Murphy, fell in love with Missouri businessman Hiram Morgan Hill. They married in secret, on account of his being a Quaker and her being from a prominent Roman Catholic family. When Daniel Murphy died, Diana and Hiram Morgan Hill inherited the 4,500 acres (1,800 ha) surrounding the original Murphy estate, near Murphy's Peak (now known as El Toro). In 1884, the Hills built their weekend estate, as the family primarily lived in San Francisco, dubbed Villa Mira Monte (Spanish for Mountain-View Estate).[21]

By 1886, the family chose to live primarily at the Ojo del Agua rancho, as they jointly inherited 22,000 acres (8,900 ha) around the estate. However, the move was temporary, as scandal caused by the marital complications of Hiram Morgan Hill's prominent socialite sister, Sarah Althea Hill, and her husband, Senator William Sharon, made the Hills a source of social ridicule, thus causing them to start spending the majority of their time between San Francisco and Washington, D.C., thus leaving their rancho untouched for long periods of time.[19]

In 1892, Hiram Morgan Hill contracted land developer C. H. Phillips to divide and liquidate the Rancho Ojo del Agua de la Coche, only retaining the Villa Mira Monte estate and the surrounding 200 acres (81 ha), which the Hill family would hold until 1916. By 1898, a significant community had built around what was then known as Morgan Hill's Ranch, and a Southern Pacific Railroad station was built in the Huntington area. Rather than ask to stop at Huntington station, passengers would ask to stop at "Morgan Hill's Ranch", which eventually shortened to "Morgan Hill".[19]

On November 10, 1906, the planned community, a result of the divisions of C. H. Phillips, was incorporated as the Town of Morgan Hill. Hiram Morgan and Diana Hill's only child, Diana Murphy Hill, married the French nobleman, Baron Hadouin de Reinach-Werth, and thus Baron Hadouin started to help manage Hiram Morgan Hill's properties between California and Nevada. However, the baron was called back to France to serve in the military and never returned. In 1913, Hiram Morgan Hill died at his Elko estate in Nevada, thus leaving his properties to his daughter. Diana Murphy Hill later remarried, in 1916, to Sir George Rhodes, thus causing the Murphy heiress of the Morgan Hill estate to relocate to the United Kingdom, taking her and Hiram Morgan Hill's daughter, Diana Murphy Hill, thus finally selling off the Villa Mira Monte and ending the Hill family presence in the community named after them.[19]

Morgan Hill is approximately 39 km (24 mi) south of downtown San Jose, 21 km (13 mi) north of Gilroy, and 24 km (15 mi) inland from the Pacific coast. Lying in a roughly 6 km-wide (4-mi-wide) southern extension of the Santa Clara Valley, it is bounded by the Santa Cruz Mountains to the west and the Diablo Range to the east. At the valley floor, Morgan Hill lies at an elevation of about 107 m (350 ft) above MSL.

According to the U.S. Census Bureau, the city encompasses an area of 12.9 square miles (33 km2), all land. Although there are no natural lakes or ponds within the city limits, there are several flood-control and water storage reservoirs in the adjacent hills which are operated by the Santa Clara Valley Water District, with recreational activities such as boating, etc., administered by the Santa Clara County Department of Parks and Recreation.[22]

Morgan Hill is located within the seismically active San Francisco Bay region. The significant earthquakes in the region are generally associated with crustal movements along well-defined, active fault zones. The nearest known active faults are the San Andreas Fault, approximately 19 km (12 mi) southwest, and the Calaveras Fault, approximately 1.6 km (0.99 mi) northeast. Both faults have produced major earthquakes in the past, and have estimated maximum credible Richter magnitudes of 8.3 and 7.3 respectively. The 1984 Morgan Hill earthquake registered at a 6.2 magnitude. 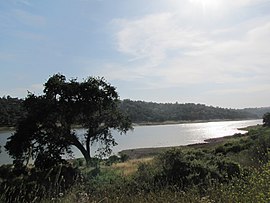 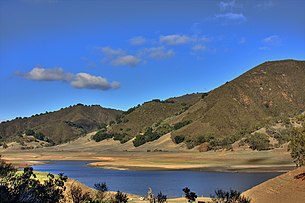 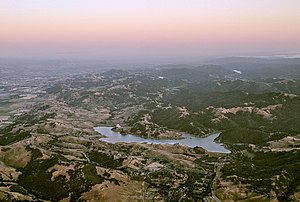 The Sargent-Berrocal Fault, a potentially active fault, lies 16 km (9.9 mi) away from the sites and has an estimated maximum credible Richter magnitude of 7.4. The Coyote Creek Fault is located in Morgan Hill and is classified as potentially active as well. In addition, several unnamed faults traverse the western slopes of the upland areas. Geomorphic evidence suggests that these faults were active during recent geologic time. However, these fault-related geomorphic features are not as fresh as those of the active Calaveras Fault and are considered to be somewhat older.[23] 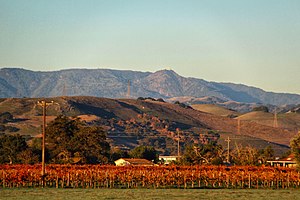 Given its Mediterranean climate, Morgan Hill is well known for its vineyards and wine-growing, as a part of the Santa Clara Valley designated AVA.

Morgan Hill is one of very few sources for a type of semi-precious gemstone marketed under the name "Morgan Hill poppy jasper".[24] According to geologists, this local variety of orbicular jasper formed through a combination of volcanic and seismic activity on the slopes of El Toro. Known extant deposits of the mineral are located on private lands, not accessible to the public. A local business, El Toro Brewing Company, has a collection of poppy jasper on display at their rural Morgan Hill brewery and on a large bar top inlaid with the stone at their brewpub in downtown Morgan Hill. Examples are also on display at the Morgan Hill Museum and at the Morgan Hill Community and Cultural Center.[25] The local Poppy Jasper Film Festival is also named after the mineral.[26]

The highlight of local geography is El Toro. According to a local legend of the early 1900s, author Bret Harte named the hill when he climbed it and discovered two bulls fighting near the summit (they subsequently chased him back down). The official name shown on the U.S. Geological Survey's maps is simply "El Toro", although locals may refer to the hill as "Murphy's Peak". Visitors, not aware of the origin of the town's name, often mistakenly assume that El Toro is "Morgan" Hill. It is USGS Feature ID# 223063 in the Geographic Names Information System (GNIS), maintained by the United States Board on Geographic Names. Elevation at the summit is about 435 m (1427 ft).[27] The iconic hill overshadowing the town to the west has been incorporated into the city's seal and official logo.

Due to the moderating influence of the Pacific Ocean, Morgan Hill enjoys a mild, Mediterranean climate. Temperatures range from an average midsummer maximum of 32.3°C (90.2°F) to an average midwinter low of 0.9 °C (33.6 °F). Average annual precipitation is 480 mm (18.9 in), and the summer months are typically dry. Snowfall is rare, about once every 20 years, and is light and short-lived when it occurs. Summer months are characterized by coastal fog which arrives from the ocean around 10 p.m. and dissipates the next morning by 10 a.m. Winter months have many sunny and partly cloudy days, with frequent breaks between rainstorms. The local terrain is inconducive to tornadoes, severe windstorms and thunderstorms. The local climate supports chaparral and grassland biomes, with stands of live oak at higher elevations. 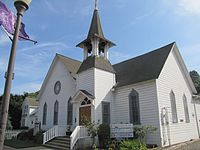 There were 10,846 households out of which 44.0% had children under the age of 18 living with them, 63.2% were married couples living together, 11.1% had a female householder with no husband present, and 20.4% were non-families. 15.1% of all households were made up of individuals and 5.5% had someone living alone who was 65 years of age or older. The average household size was 3.05 and the average family size was 3.38.

Substantial expansion of the population of Morgan Hill occurred from the late 1980s onward. This population expansion was enabled by the removal of a growth constraint in the form of sewage treatment capacity.[30] 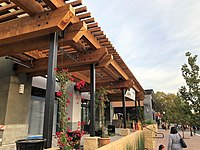 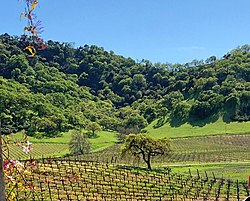 Morgan Hill is a major wine tourism destination and home to numerous wineries, as part of the Santa Clara Valley AVA. 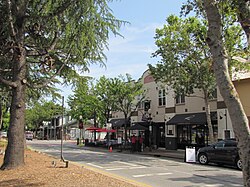 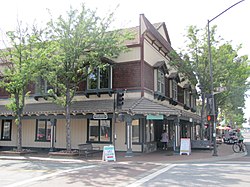 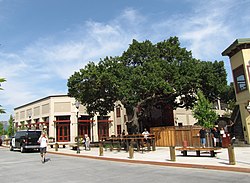 Morgan Hill, along with Saratoga, San Martin, and Gilroy make up the Santa Clara Valley AVA, a protected American Viticultural Area designation for wineries and vineyards within the historic Santa Clara Valley. Along with producing wine, wineries in Morgan Hill are noted for their popularity in wine tourism.

Numerous companies of other industries are based in Morgan Hill as well, such as the Gryphon Financial Group (finance), Specialized Bicycle Components, (major global manufacturer of high performance bicycles), and the Paramit Corporation (high tech medical device manufacturer based in Madrone district).

According to the City's 2018 Employment Report, the top employers in the city are:[34]

Morgan Hill is a major cycling destination, known for hosting the Tour of California, for being home to Specialized Bicycle Co., and for its bicycle culture. 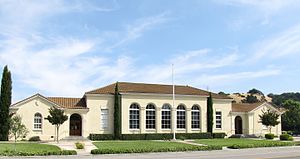 Alongside its traditional schools, MHUSD, in special partnership with The Tech Museum of Innovation, a leading Silicon Valley institution, operates 4 specialized public "focus academies", through its innovative Tech Academies Initiative:[44] Focus Academies will provide the opportunity for students to specialize their studies within broad fields (engineering, STEAM, maths, music, health sciences), allowing for greater, in-depth learning within subjects within programs designed by noted subject matter experts, including scientists from The Tech Museum of Innovation and Stanford University medical professors.[45][46]

Morgan Hill is also home to numerous private school, both religious and nonsectarian in nature. 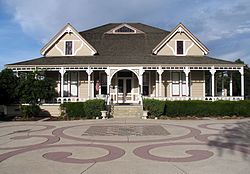 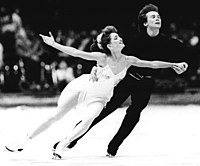 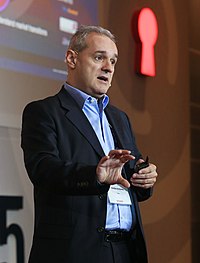 John Battendieri, pioneer and leader of the organic movement